SCOPE of the project

The European Union has set ambitious targets for 2020: 20% reductions in greenhouse gas emissions, introduction of 20% renewable energies (including biofuels) in the overall energy supply as well as 10 % of the energy content in liquid biofuels for the transport sector.

The first generation of biofuels, produced from agricultural food products, emerged in the early 1990s. Technical relevance of these new fuels have been demonstrated since then, however some weaknesses hindering the development of this industry have also been revealed e.g. a strong competition with the food sector for use of edible plant parts and crop land.

Second generation bioethanol technology mainly concentrates on the conversion of the cellulose fraction of biomass (leaves, stems…). As biomass is rarely composed of more than 50% of cellulose, these technologies have relatively low sugar yields. Furthermore they need severe reaction conditions (high temperature and/or pressure) and the remaining fractions of the biomass are simply burnt to produce heat and power.

2G BIOPIC proposes a new approach: bioethanol production from lignocellulosic biomass. This technology is based on a highly effective clean deconstruction of lignocellulosic biomass, an advanced organosolv technology, for which several patents have been submitted in the past decade by CIMV. An original and efficient biomass refining technology allows optimal extraction of the three main biomass components and downstream biotechnological transformation.

The 2G BIOPIC technology will result in a 20% higher bioethanol yield per ton of biomass compared to competing technologies, multi-feedstocks interoperability and higher profitability of the overall process through the production of a high value bio-based co-product: BioligninTM. 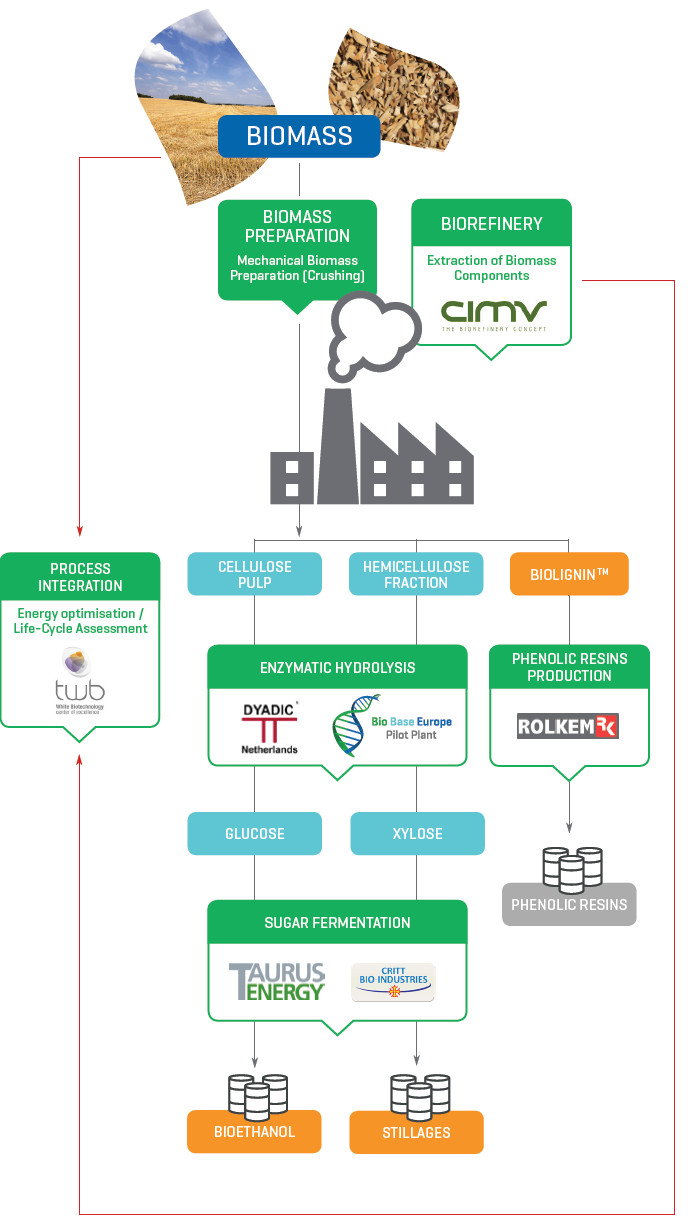 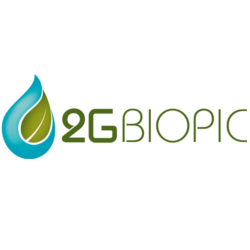