The main objective of DAFIA is to exploit the organic fraction of municipal solid wastes (MSW) and marine rest raw materials (MRRM) as feedstocks for higher value products. Municipal solids wastes represents more than 500 kg/capita (EU-27 average) and 300 million tonnes overall every year in the EU-32. Currently, approximately 50% of this volume is landfilled, while the rest is incinerated for energy production.

More than 1.3 million tonnes of marine rest raw materials (MRRM) are generated in Europe each year. Some countries, such as Norway and Denmark, are utilising a high fraction of the MRRM, mainly as animal feed. However, some parts are underutilised and will the targeted feedstocks in DAFIA. The parallel exploitation of the two feedstocks is expected to create synergies, for instance by transfer of knowledge in processing and fractionation from MRRM- to MSW-handling, and by utilisation of MRRM-fractions as nutrients in fermentations based on MSW.

The targeted products are chemical building blocks (2 dicarboxylic acids and a diamine) for further conversion to polyamides and polyesters, flame-retardants and edible/barrier coatings. New microbial strains and processes for conversion of major feedstock fractions, as well as enzymatic and chemical modifications of components isolated from the feedstock or produced in microbial processes, will be developed. Up to four products, at least one from each of the two value-chains (MSW & MRRM), will be selected based on the potential commercial value and the technical feasibility, and evaluated at pilot scale to reach technology readiness level (TRL) 5.

This project has received funding from the European Union’s Horizon 2020 research and innovation programme under GA No. 720770. 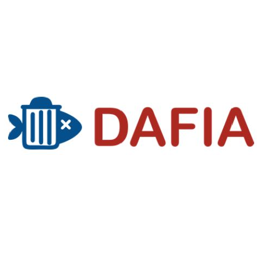